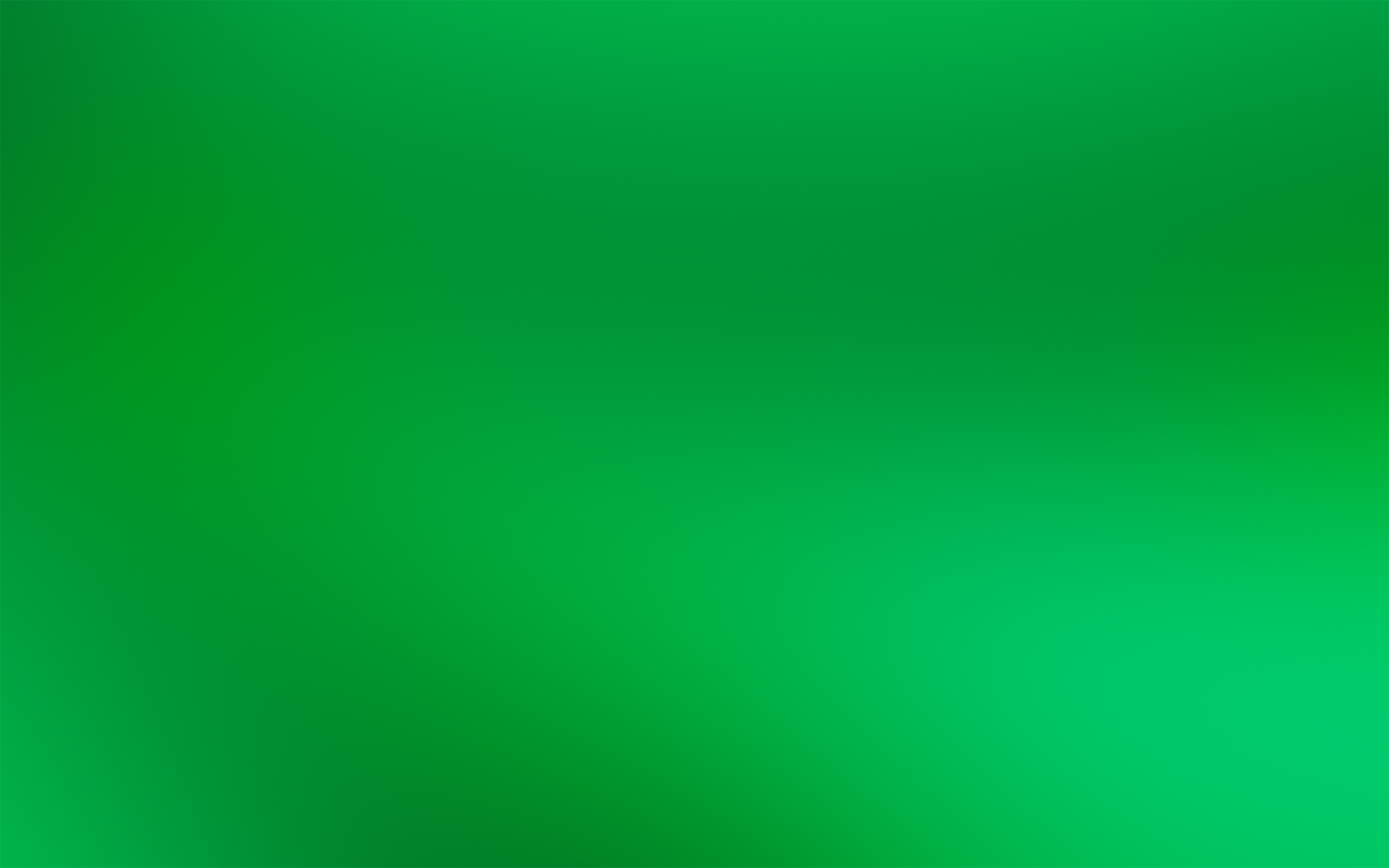 “The name Sterling evokes the notion of purity, solidity and brilliance of a metal both fine and timeless: silver. It is therefore in direct association with the sectors we focus on, but also and perhaps most importantly, these “Sterling qualities” describe the values and the culture of our company.” 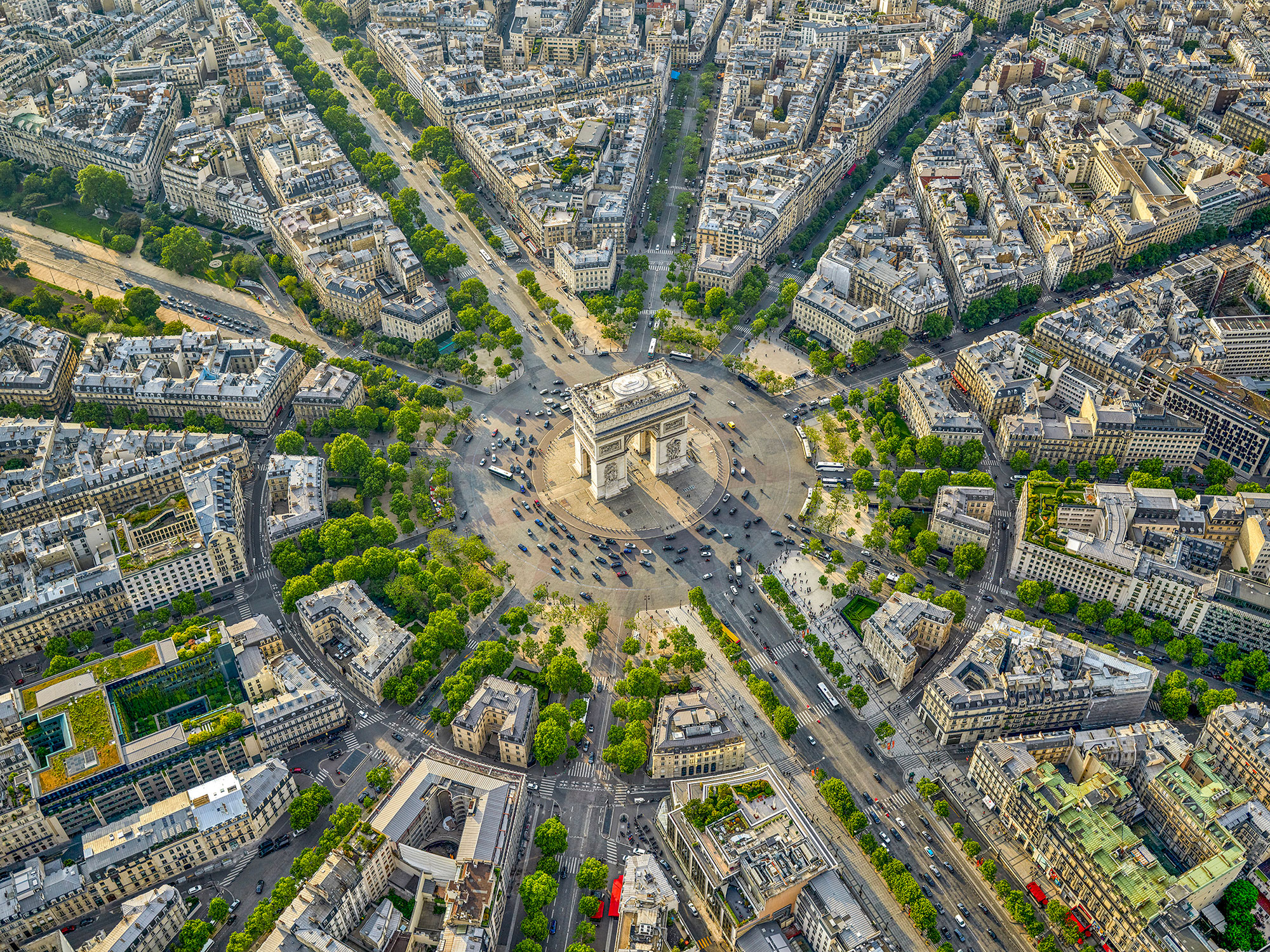 Sterling International is a “boutique” executive search firm founded by Michael Boroian in 2001. Considered as a reference point in recruitment due to our dedication to ethical and quality standards, we aim to raise the bar with every assignment to ensure the most qualitative recruitment services for Clients and Candidates. This translates into a highly responsive and transparent approach, the creation and use of cutting-edge talent assessment tools, and most importantly a passionate Team of professionals based in our offices in Brussels, Paris, Milan and New York.

Our Team and Our Values

“Even more essential than the competencies each team member brings to our Client organizations is the fiber that binds us in our shared values.”

The word Sterling is associated with the notions of exceptional quality, solidity, brilliance and authenticity. These are amongst the guiding principles for our Professionals and what the Firm strives for in our day-to-day activities. We are motivated by our Clients and Candidates to perform both as teams and individually, continuously building on our experiences and strengths. We closely partner with our Clients and develop a trust-based relationship with mutual respect and shared common values. We search for Candidates who possess these same values, and starting from a base of frank and simple dialogue, advocate transparency and rigor in all our endeavors. 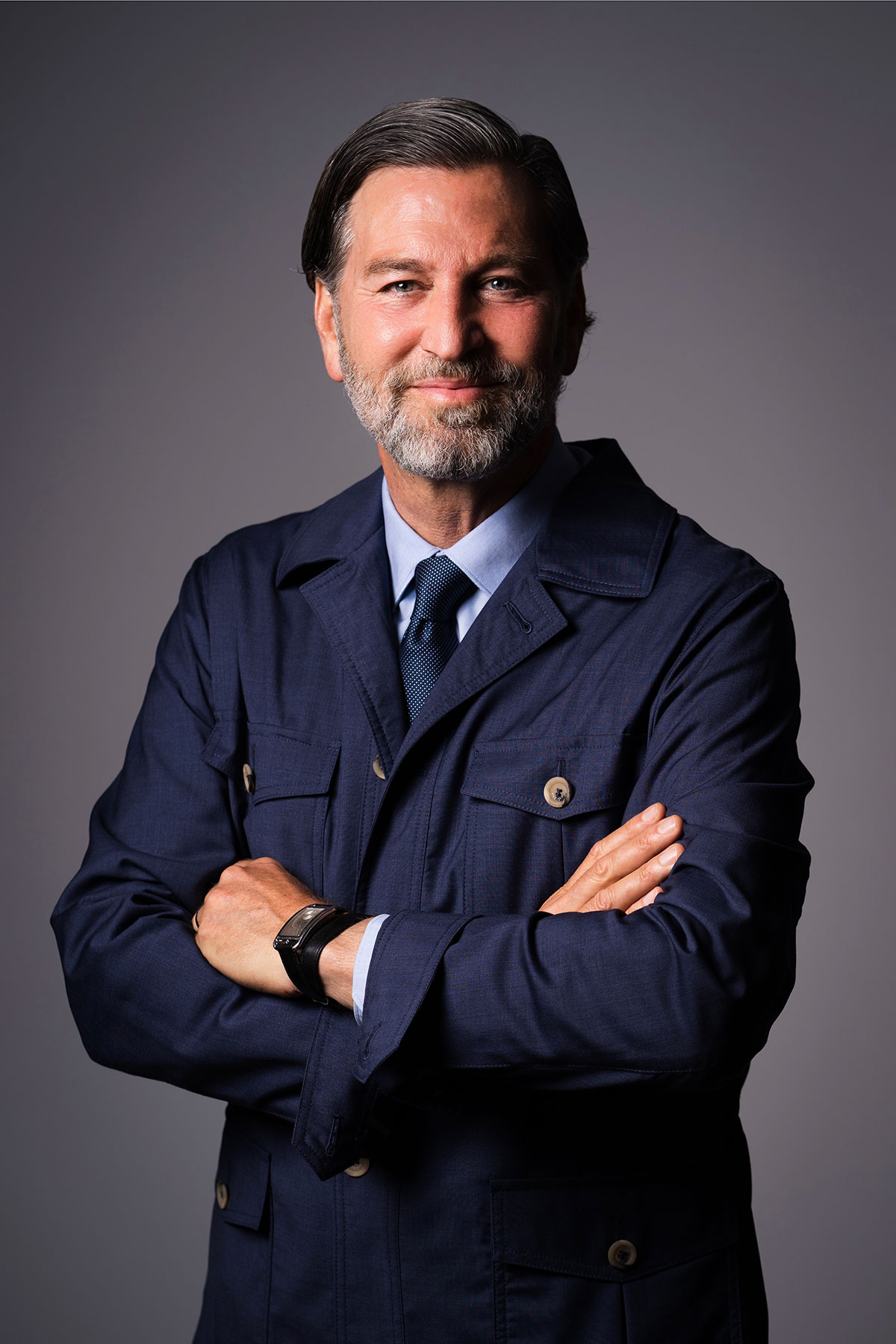 Michael Boroian is recognized as one of the leading executive search consultants in the sector of Fashion, Retail and Luxury Goods. He has completed key recruitments for the fashion and luxury sectors’ leading brands and has substantially placed top executive talents globally. These talents have demonstrated staying power and have delivered exceptional achievement and results.
Prior to founding Sterling International in 2001, Michael Boroian was with TMP Worldwide Executive Search in Paris where he was Partner & European Practice Leader of the sector Fashion, Retail & Luxury Goods. He started his career in Chicago with Francorp, a U.S. based management consulting firm where for eleven years he held positions initially as Financial Controller, then General Manager/Senior Consultant, and formerly EVP/COO. He then managed Hermès U.S. as EVP/COO in New York, prior to moving to Paris where he later joined Sonia Rykiel as Director of Marketing & Development. Prior to joining TMP he was Managing Partner with Axionis/YDS, an affiliate of Deloitte Touche, where he conducted strategic HR interventions in Fashion & Luxury companies.
Michael holds a Degree in Management/ Finance and an MBA in International Business, both from De Paul University. A former Board Member of Baccarat (2006 to 2012) and of the French American Foundation (2012 to 2015), Michael Boroian is also co-Author of “India by Design: The Pursuit of Fashion & Luxury”, published by John Wiley & Sons in October 2009. He speaks English, French, German, Italian and Armenian. 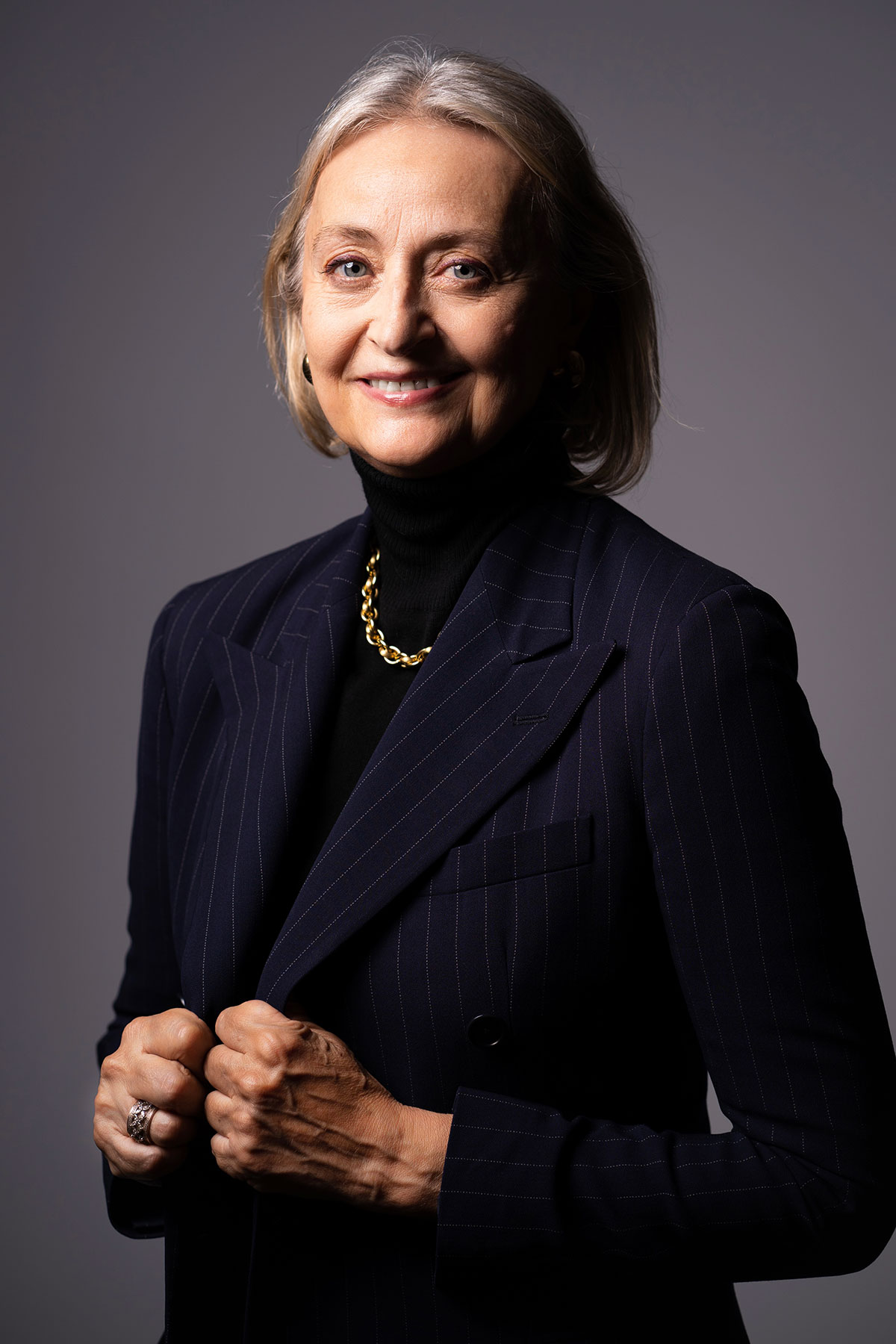 Patrizia Ciompi has spent 20 years with leading international executive search firms, and is widely recognized as a leading consultant, who has delivered exceptional service in the Fashion, Retail and Luxury Goods sector. Prior to joining Sterling Executive Search in 2004, she focused on the apparel and luxury goods sectors as well as on high-end branded goods as Senior Partner at Heidrick & Struggles, member of the firm’s Consumer and Professional Services Global Practices.
At Sterling International, she manages the Milan Office and has notably contributed to the international development of the firm, gaining recognition for her expertise in Asian-based senior recruitments top executive searches. Her experience encompasses Europe, the Americas and Asia. After starting her career as a Sociologist at Rome University La Sapienza (she contributed to the chairs of Research Methodology and Statistics), followed by positions in International Affairs, Marketing and Communication at Politecnico di Milano and at FAI (Federazione Associazioni Industriali), she began her executive search career during a 4-year tenure at Spencer Stuart. Before completing post-graduate courses in Marketing and Management, Patrizia obtained a Degree in Sociology from Rome University. She speaks English, French, Italian and Spanish. 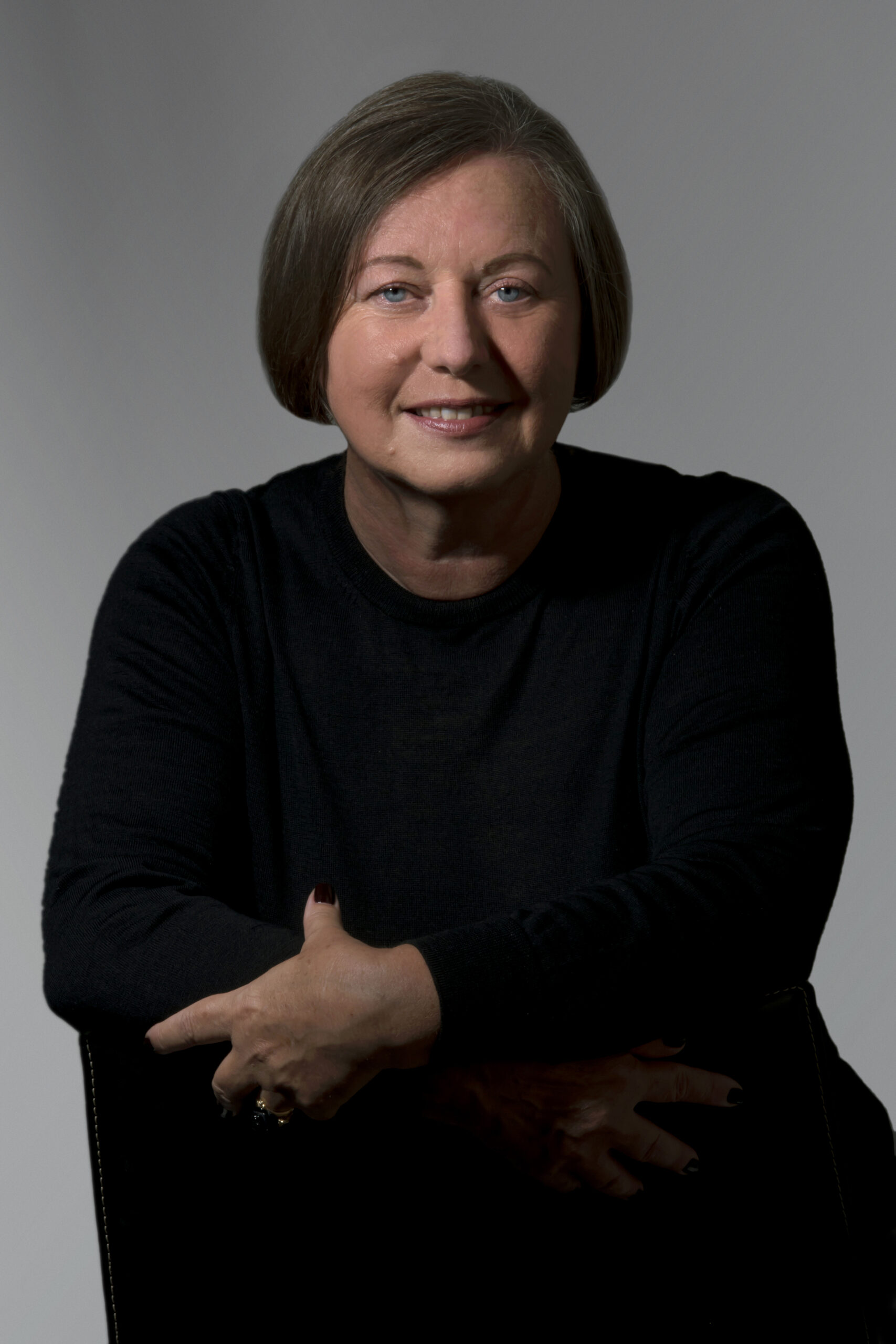 Partner in Sterling’s Milan office, Cristina Baruzzi is an International Human Resources Executive with 25 years’ experience gained in the luxury fashion industry. Strategic with broad experience at a global level, Cristina brings strong entrepreneurial and managerial skills, her Law degree and Law faculty Research credentials allowing for an innovative approach to business, honed during the first part of her career as General Counsel, first at Prada, then at Valentino. She has proven her ability to drive HR development and deployment in multicultural environments in Advisor and Business Partner roles to CEO and Leadership Teams. Prior to joining Sterling International, she was the Global Retail Human Resources Director at Prada Group after which she re-joined Valentino Group as Chief People Officer, where she founded the Valentino Accademia. She speaks fluent Italian, English and French. 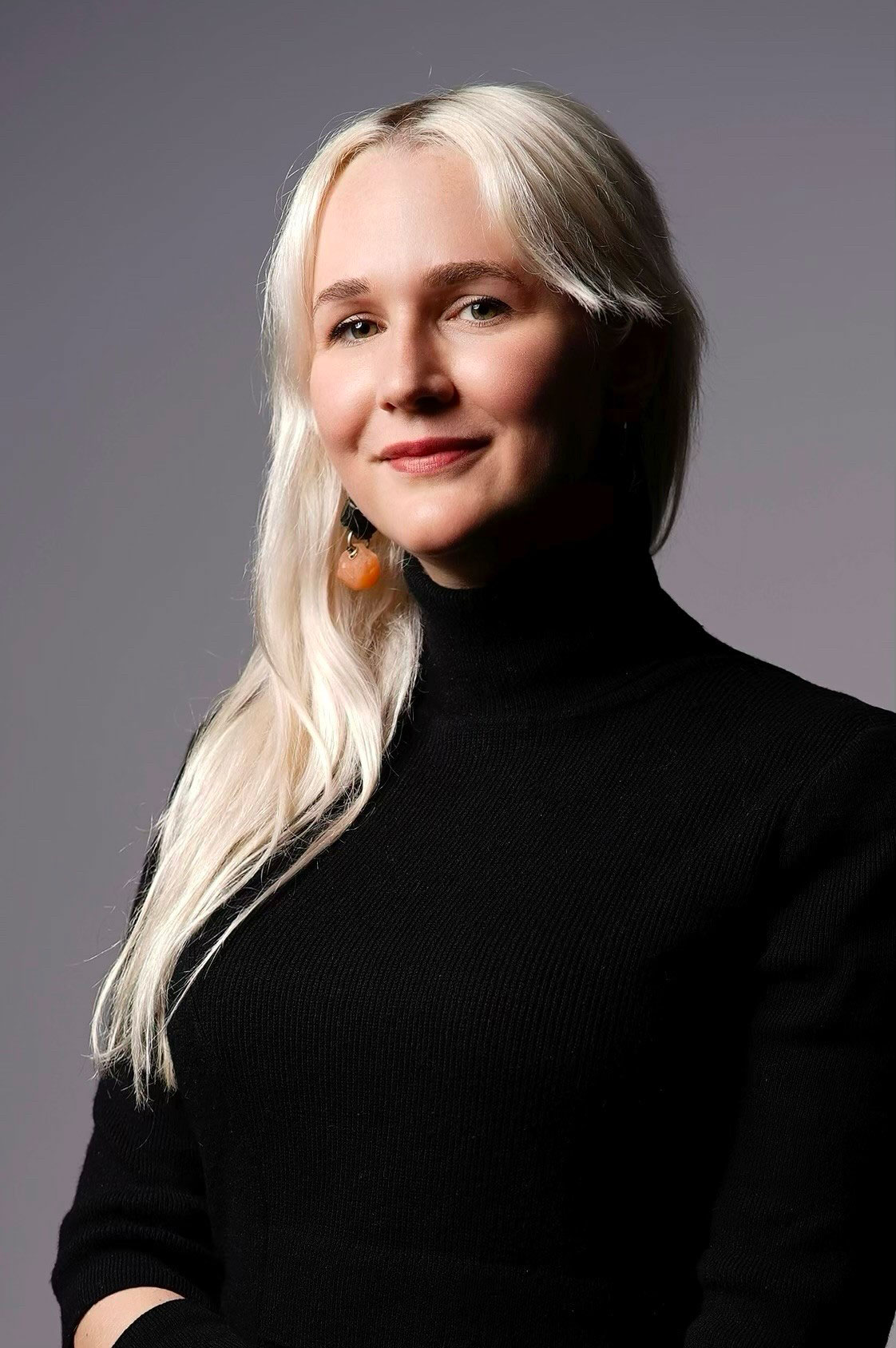 Principal & Head of the Creative pole

Alice Bouleau joined Sterling International in April 2018 as Researcher for the Creative Pole and was promoted to Consultant in May 2019 then to Principal and Head of the Creative Pole in 2021.
Prior to joining Sterling, Alice Bouleau worked for 4 years with Proenza Schouler in New York and Paris, in the Design team, the Development team as well as the Sales team as the Account Executive for Europe. Prior, she worked as a Business Development Manager at Mo&Co, as an Assistant Editor-in-Chief at Stiletto Magazine and a Fashion Editor at That Magazine. Alice holds a Master’s Degree in Management from the Business School ESSCA and a Degree in Fashion Design & Pattern-Making from ESMOD Paris. She speaks French, English and Japanese.
Her transversal past tenures endowed her with an extensive knowledge of the Creative Process, allowing her to fully qualify talents and to establish long-lasting relationships with them. 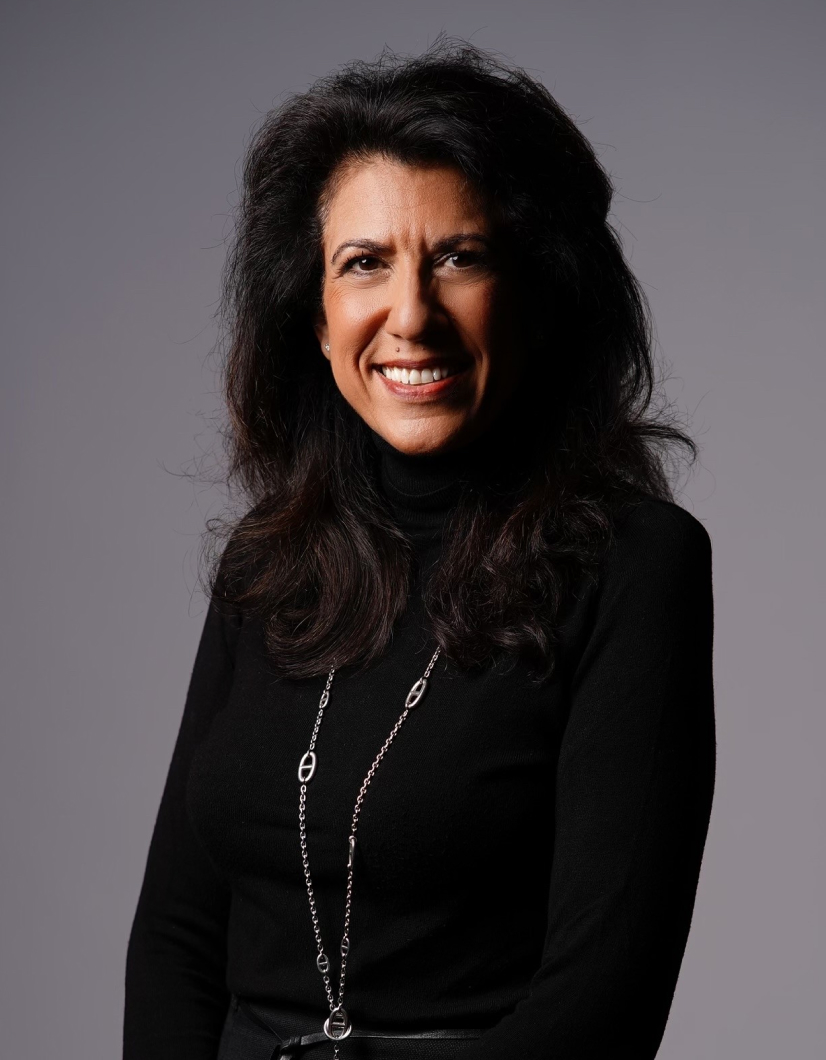 Christine Ulbertini joined Sterling International in Paris in 2010 as Researcher, was promoted to Senior Researcher in 2013, to Consultant in April 2016, and then to Principal in December 2018, focusing primarily on CEO / Managing Director / General Manager, Digital, eCommerce, Marketing, Sales, HR and Finance positions, in Europe, the U.S. and Asia. Prior to joining Sterling International, she was Managing Director for Angels Costumes France, and Development Director for Efferis in the entertainment business.

Christine holds a Master’s in Modern Literature from the University of Paris-Sorbonne. She speaks French, English, Spanish and Armenian. 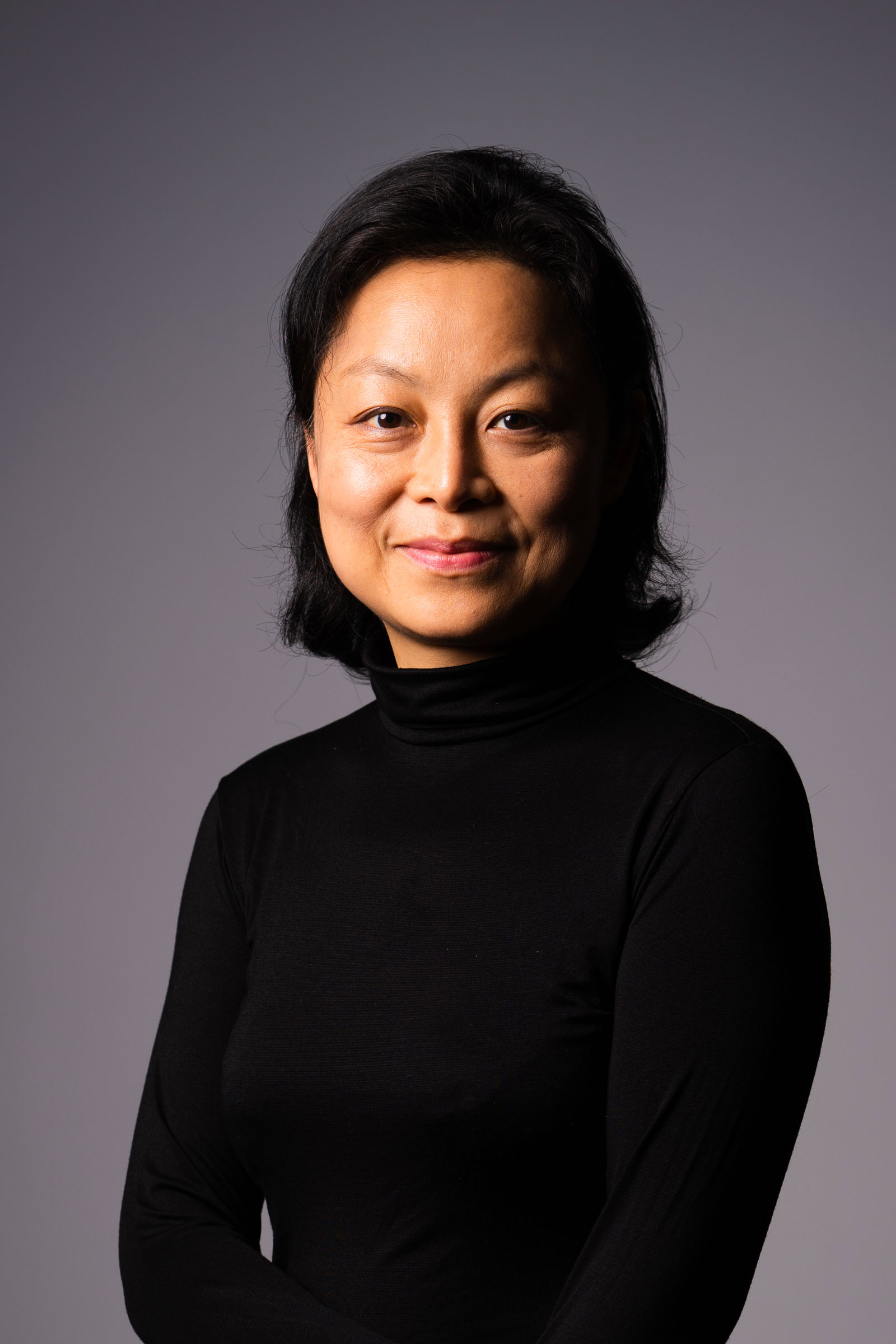 Wei Chen joined Sterling International in February 2021 as Principal, bringing along her extensive management and consulting experiences in the luxury, fashion and lifestyle product industry both in Asia and in France. Wei Chen began her career in 2001 working for LVMH as Regional Marketing Manager of Louis Vuitton Asia Pacific for 4.5 years, followed by a 4.5-year tenure within the Hermès Group as International Business Development Manager of Hermès International and then as Chief Operating Officer of Shang Xia (joint venture with Hermès International). Since April 2011, Wei Chen has been working as an Independent Consultant providing strategic advisory and operational management services to luxury, fashion and lifestyle brands.

Wei holds a Degree in Diplomacy and International Relations from the China Foreign Affairs University, a Degree in Economics and Finance from Shanghai Jiao Tong University, and received her MBA from INSEAD. She speaks Mandarin, English and French. 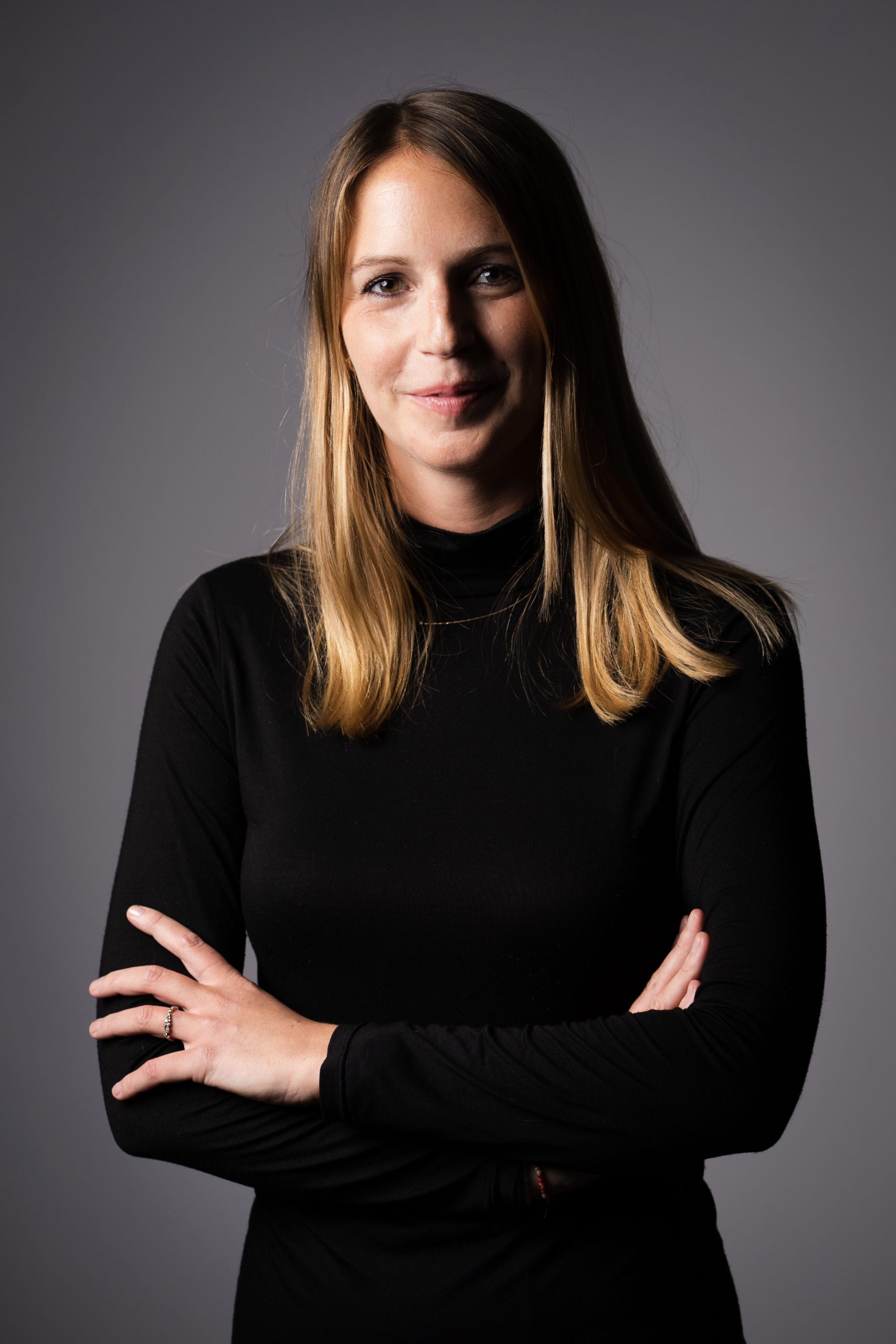 Consultant & Head of the Digital Pole

Elizabeth Stanton joined Sterling International in July 2018 as Researcher. She was quickly promoted to Senior Researcher in April 2019 and to Consultant in February 2021.
Prior to joining Sterling, Elizabeth Stanton worked for 4 years within Mazarine Group, a leading creative international agency, where she was handling major clients from the fashion, high-end jewelry, wines & spirits and luxury hospitality sectors. Prior, she worked at Chloé (Richemont Group) as Advertising, Visual Identity and Media Project Manager, and completed several internships in the retail and luxury industry (Galeries Lafayette, Baccarat and Make Up For Ever). Elizabeth holds a Degree in Finance from La Sorbonne University and Business Communications from NEOMA Business School. Constantly expanding her knowledge, in the digital field, she speaks fluent French, English, Spanish and Italian. 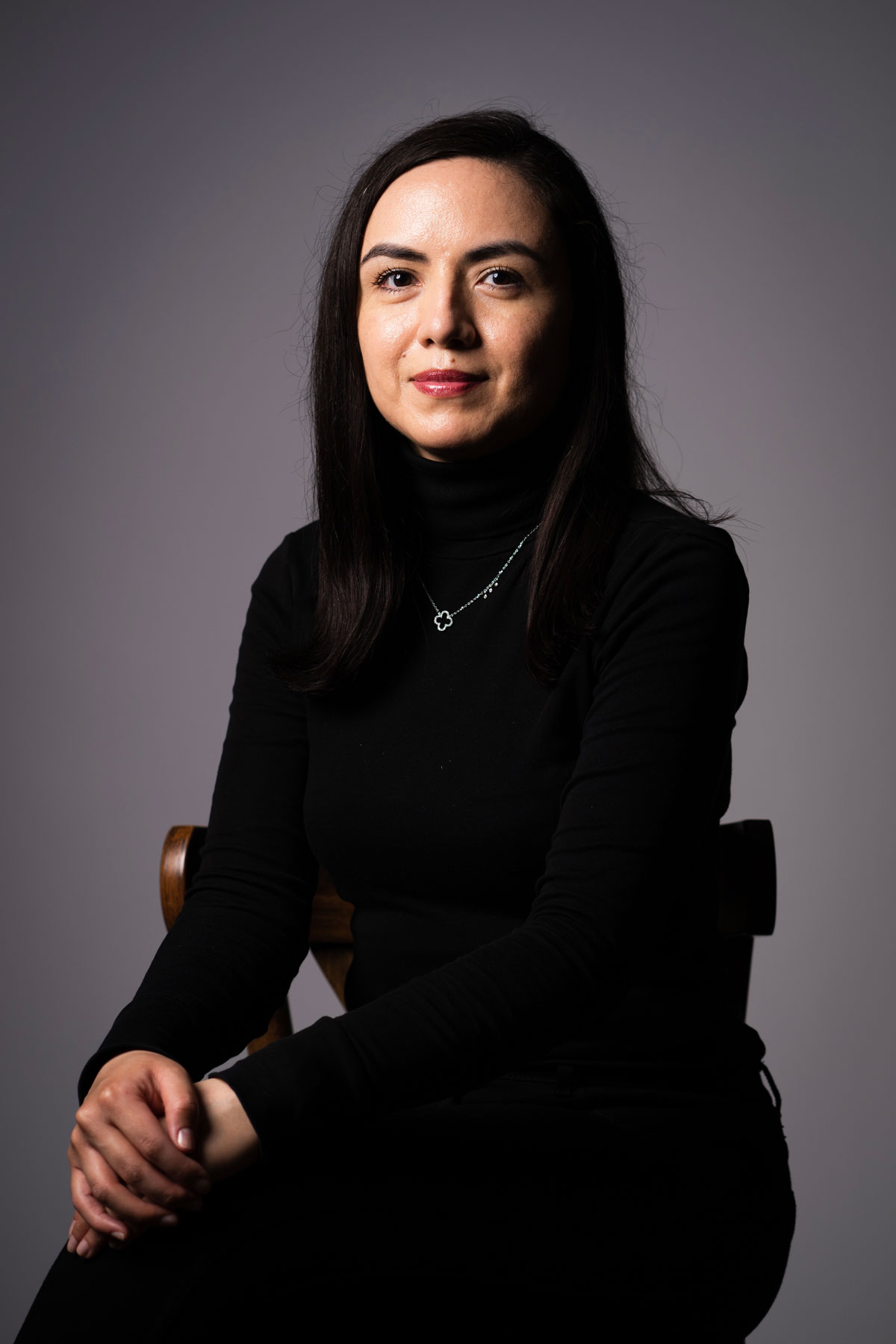 Tatiana Orozco joined Sterling International in Paris as Researcher in February 2018 and was promoted to Senior Researcher in February 2019 and to Consultant in February 2021.
She began her career in 2006 at GlaxoSmithKline in Mexico as Internal Communications & HR Generalist. She moved to Paris in 2010 to specialize in International Human Resource Management, acquiring a taste for the Luxury and Fashion sector through an internship in HR Development at LVMH Fashion Division. Since 2012, and prior to joining Sterling International, she worked at the headquarters of several multinational French companies in different sectors: Global Internal Communications Project Manager at Orange Business Services, International HR Specialist at Groupe Bel, Global HR & Internal Events Manager at Orange Business Services, and Group HR Project Manager at Brittany Ferries.
Tatiana holds a Master’s Degree in International Human Resource Management from Rennes Business School. She speaks Spanish, French, English, and German. 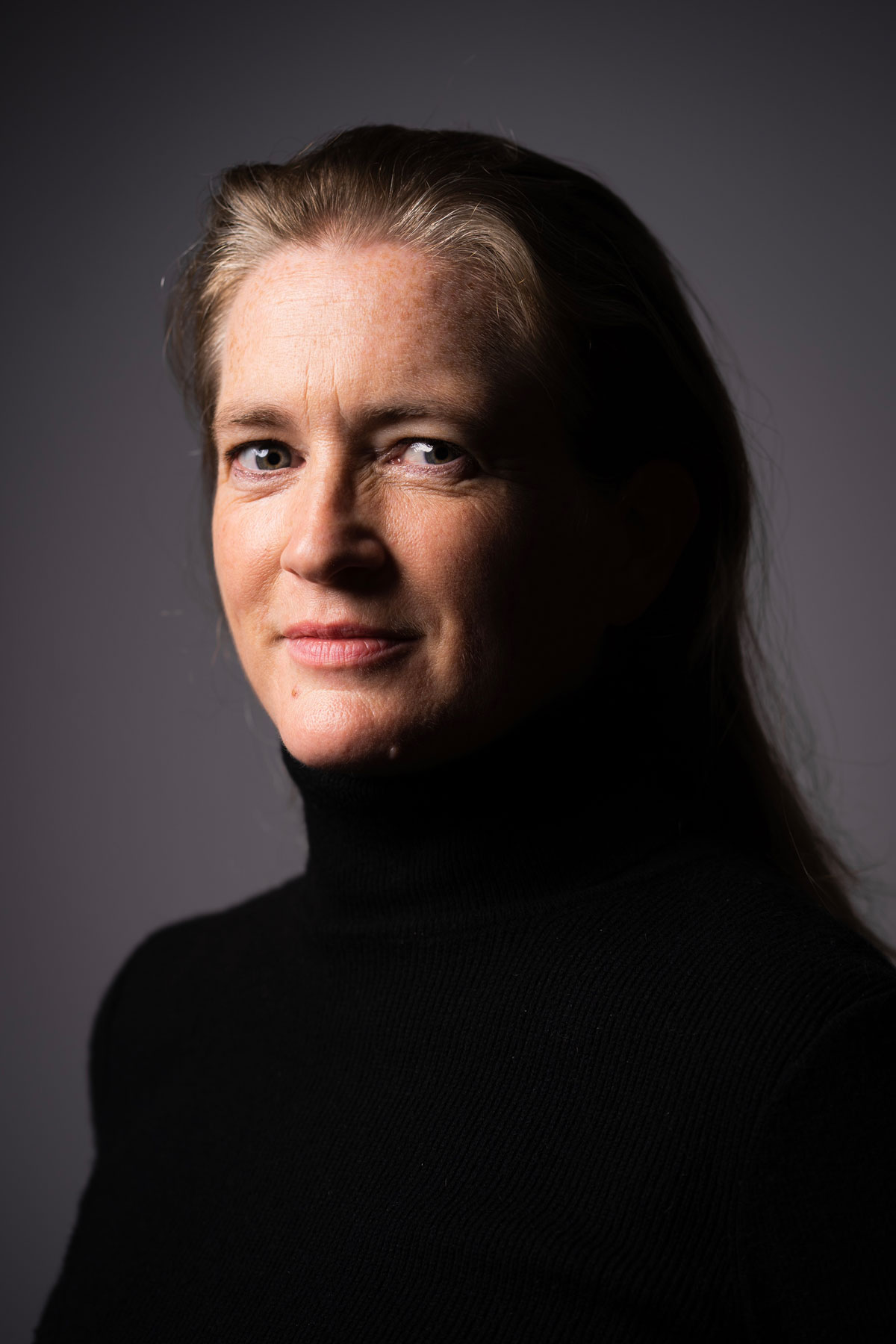 Charlotte Cookson joined Sterling International in Paris in December 2012 as Operations & HR Manager to assist the Consulting team on business development, best practices and to manage internal HR issues. She began her career as a Regional Manager in 1998 for Concordia, a French national charity organizing international volunteer camps.
In 2004, she moved to Paris to pursue her studies in Educational Research during which time she also worked as a Translator and Proofreader for Sterling International. She was then promoted to PA to the Founder, Michael Boroian in 2006, where she remained until July 2009. In April 2010, she joined Degrémont, part of Suez Group, PA to the Group HR Director prior to returning to Sterling.
Charlotte holds a Master’s Degree in Human Resources & Corporate Social Responsibility from the IAE Business School of the University of Paris Sorbonne. She speaks English, French and Italian. 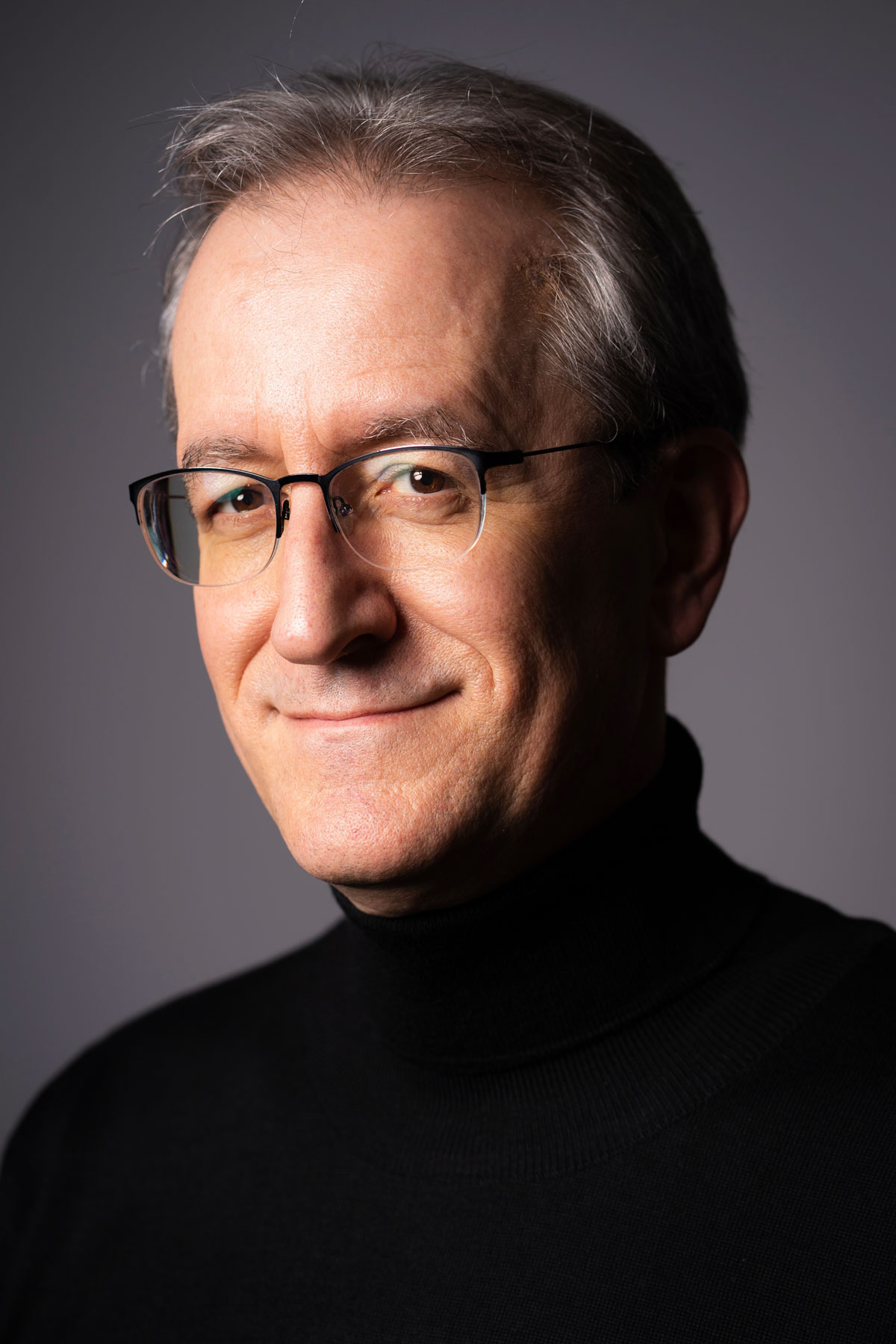 Pierre Collinet joined Sterling in Brussels in 2001 as Director of Research and Studies. He started his career as a Corporate Documentalist at the global headquarters of UmiCore (fka Union Minière) before moving into executive search at Spencer Stuart as Research Assistant, and then at Russell Reynolds as Research Associate within the Industrial & Natural Resources practices.
Pierre holds a Degree in Information Sciences at Haute École Bruxelles-Brabant and speaks French, English, Dutch, Spanish and Italian.

Principal & Head of the Creative Pole